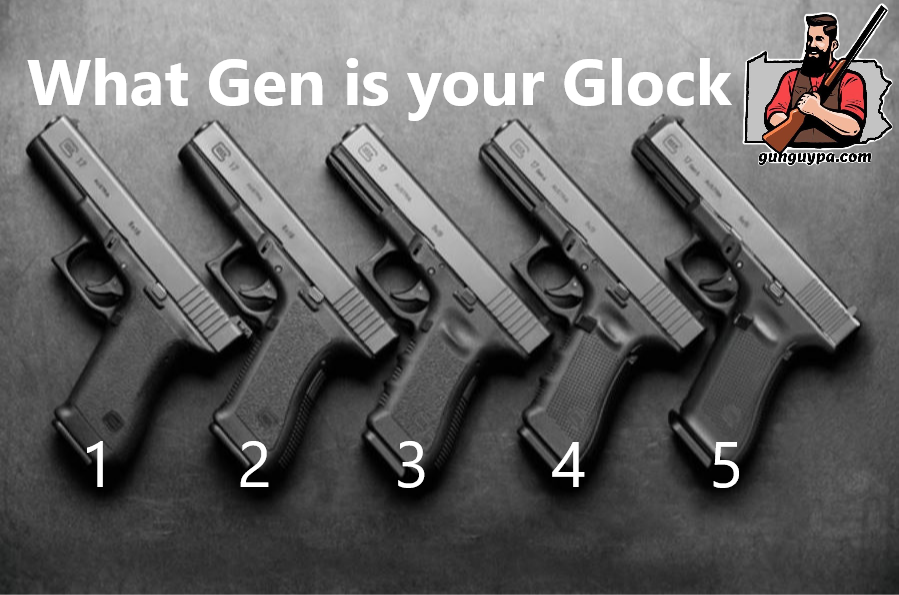 One of the questions I get asked the most is “what generation Glock is this?”. While figuring out the Gen 4 and Gen 5 Glocks is rather easy, as they are marked right on the slide “GEN4” or “GEN5”, making your way through the first three generations can prove difficult if you’re new to the Glock world. I decided to make a post to help people solve the riddle of “What generation Glock do I have?”

Birth of a Legend

Before we get into the break down here is a brief history of the Glock handgun. The company’s founder, Gaston Glock, had absolutely no history of making forearms when he designed the first Glock pistol. The original Glock 17 was a completely new design. Utilizing his advanced experience with synthetic polymers and approached the concept of a semi-automatic pistol from an entirely new and fresh perspective.

In 1980, the Austrian Armed Forces announced that they were in search of a new pistol to become the service pistol of their soldiers. They came up with a list of 17 criteria that they wanted this new pistol to follow and utilize. Among other things, the new pistol would be self-loading, chambered in 9×19 Parabellum, be secure from accidental discharge from shock, strike, or drop from a distance of two meters (approx. 6 feet) onto a hard surface, and be able to be completely disassembled with the use of only one tool.

The rest, as we like to say is history. This totally new and revolutionary design of a hand-held, self-loading, semi-automatic weapon system would take the world by storm. A host of other companies, over the next several decades, would move into the market of polymer pistols. The Glock 17 will go down in history as the gun that set the standard for the foreseeable future. While many companies made modifications to the design to avoid patent infringement, the Glock 17 maintains its position as “king of the hill” to this day.

The original design has been modified several times in its soon-to-be 40-year history. However, its basic and signature “block” look remains basically unchanged to this day. In this article, we will break down and explain the differences through the generations thus far. 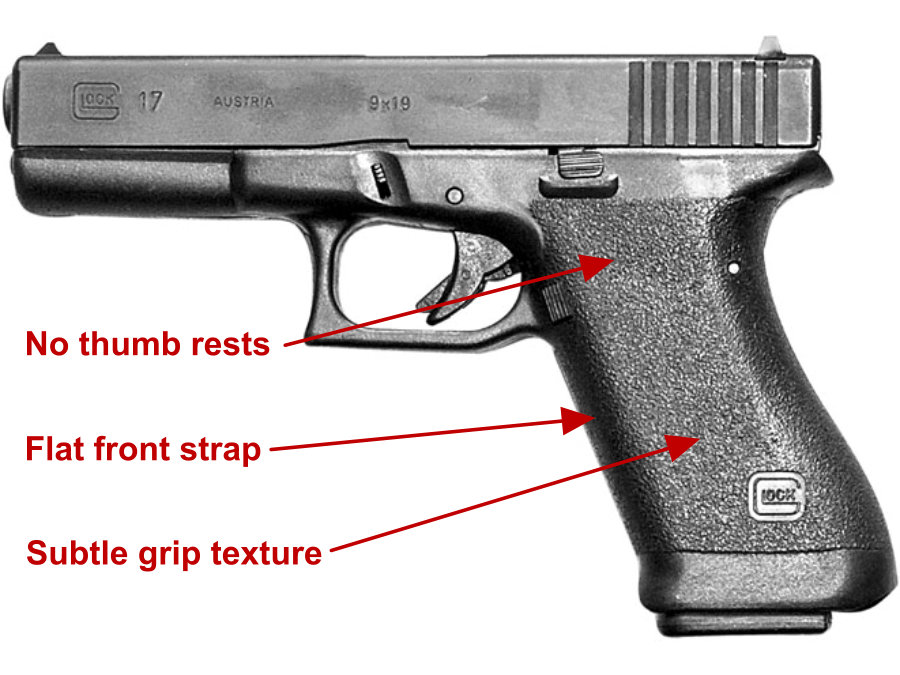 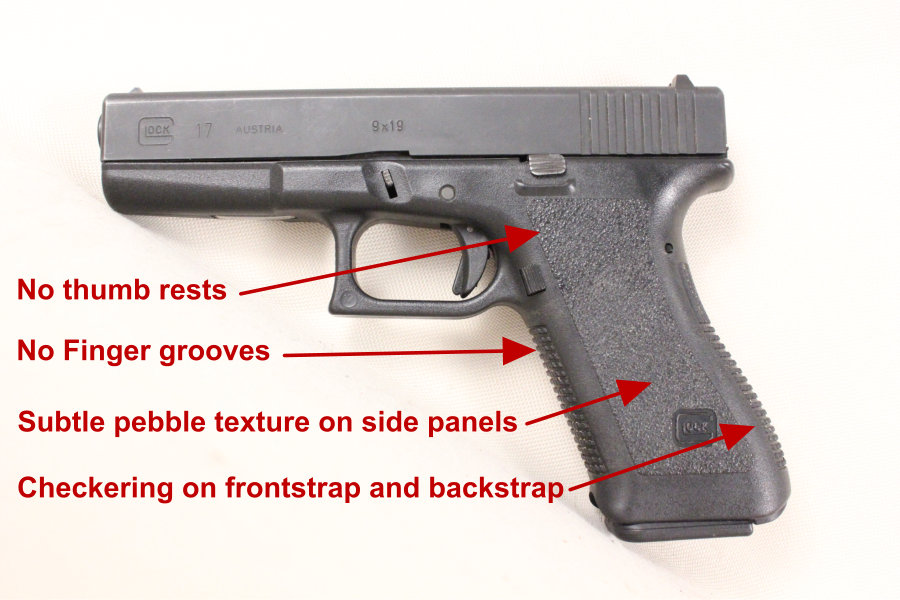 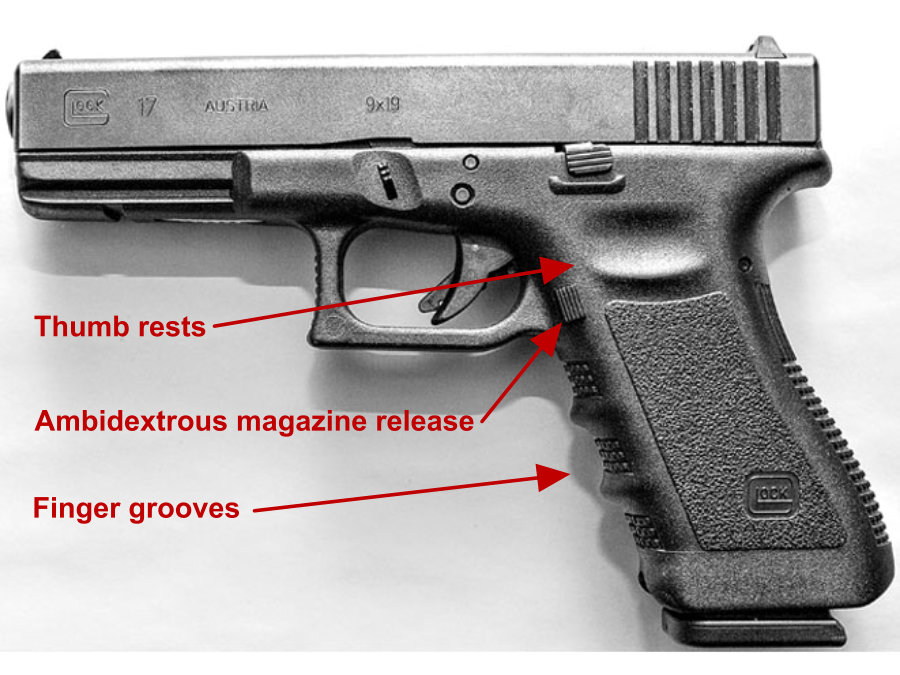 * The Gen 3 Glock remains in production as of the time of this article (December 25th, 2021) as it is approved for importation to CA. Glock found that it was cheaper to continue production of the Gen 3 than to submit Gen 4 or Gen 5 to CA for approval to be sold in the state. There are many rumors and speculation as to other reasons the Gen 3 is still in production, but this is the only reason that the author could verify as fact. In addition, at the time of this article, there is no official end date for the production of the Gen 3. The Gun 3 has a “cult-like” following and is regarded by many professionals as “the best of the best” in regards to the different generations of the Glock pistol. 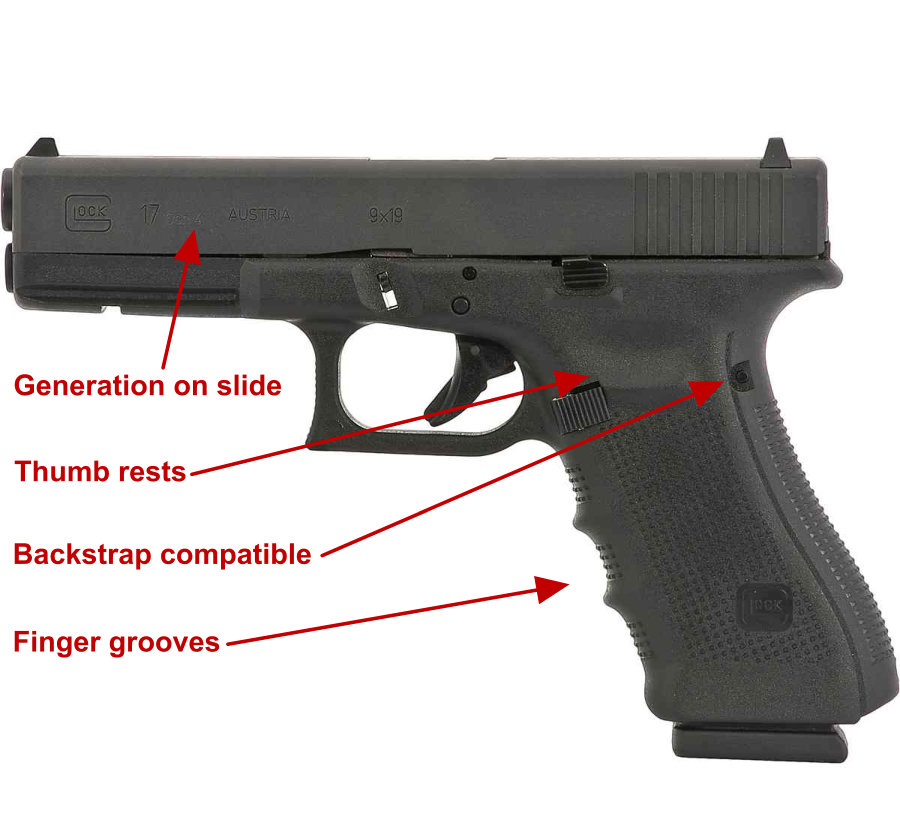 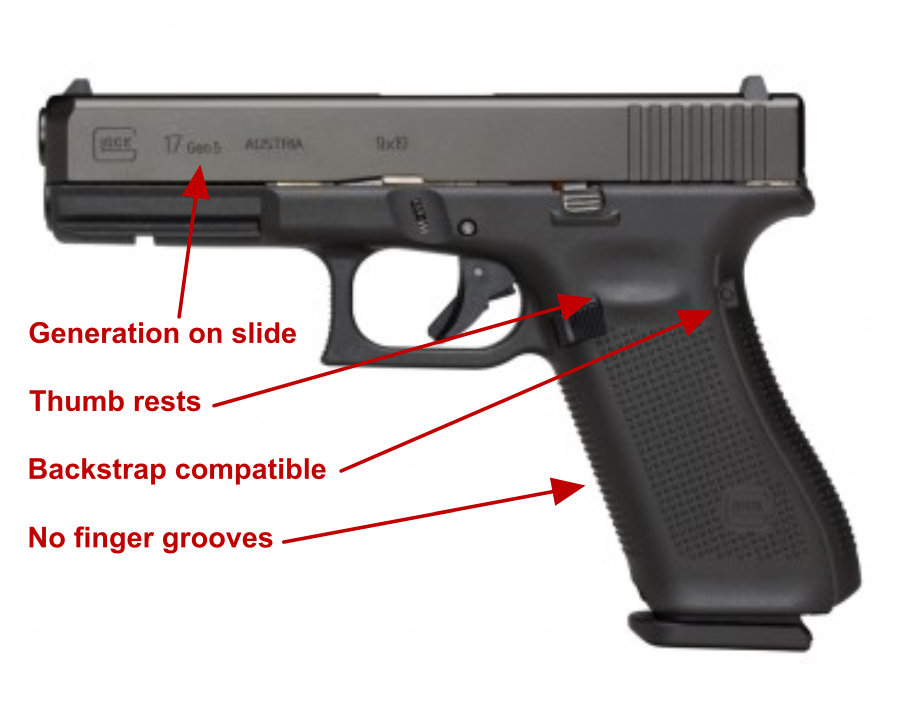 While the US population has a “love or hate” relationship with the Glock pistol, one thing is for sure, the Glock is here to stay. There are estimates that as much as 80% of law enforcement relies on Glock in one caliber or another, and one generation or another, as their service pistol.

Glock was submitted to the US military several times for consideration as a service pistol. Its lack of a user defeatable safety is the main reason it was not adopted over the M9 (Beretta 92FS) or most recently over the M17 or M18 (Sig P320 models). However, this does not exempt the Glock from US Military use. Several models are currently approved for use by Special Operations Command (SOCOM).  While there are no models “issued as a standard sidearm”, several models are approved for use by the next-level professionals of our armed forces. There are many pictures of our next-level soldiers carrying different models, generations, and calibers circulating around the internet.

You can build your own Glock.

A notable “side following” to the different generations of the immortal Glock pistol is the growing use of its parts in the 80% and 3D printable pistol-building world. A number of companies, most notably Polymer 80 (aka P80) have utilized the internal components or primarily the Gen 3 Glock, as well as the entire slide. These 80% lowers can be built at home with minimal tools and become a reliable, heavily customizable option for Glock enthusiasts.

Sporting many of the customizations that users like to make on factory Glocks right out of the box, the growing trend of home-built Glocks is growing at an exponential rate. In addition, there are a number of companies that have begun to build heavily customized versions of different Glock generations and calibers for retail sales.

The 3D printing world has also started to utilize the Glock platform. There are a number of websites where you can download 3D print files and print the frame in about a day. Coupled with other parts that can be obtained from the internet, along with factory or aftermarket internal parts, a do-it-yourselfer (DIY) can build their own gun from scratch.

The Glock really is an icon of the modern era. Love it or hate it, the brainchild of a man that had never designed a gun has become one of the most recognizable sidearms of our time. Propelling Gaston Glock into the pages of history alongside names like John Browning, Sam Colt, Eugene Stoner, and Mikhail Kalashnikov.

The images of the different generations of Glocks were taken from the Talon Gun Grips website. The Gun Guy PA proudly offers these amazing addons to your Glock HERE